The Creative Bar Takes Home Gold at the ADDY’s 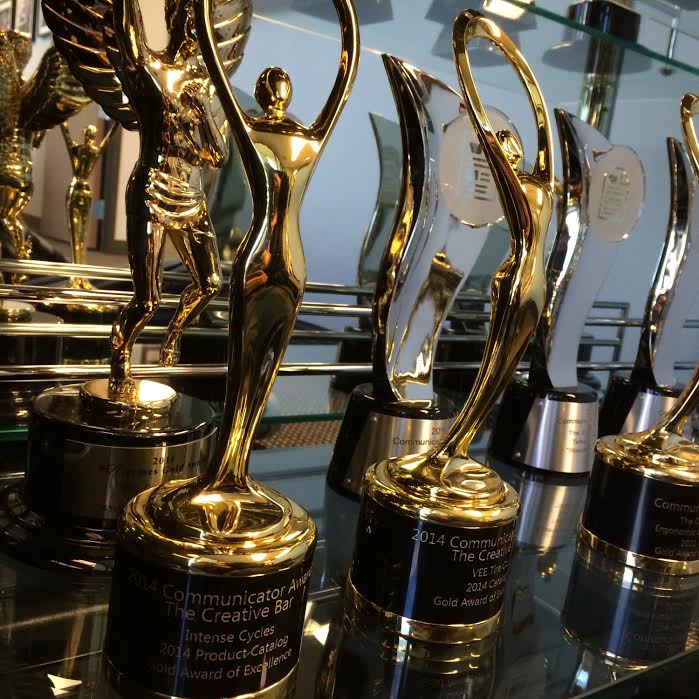 Murrieta, CA — Local Branding Agency, The Creative Bar, was honored with 5 awards this weekend at the American Advertising Awards in Riverside, CA.

“I had never been to the ADDYs up until now,” said Veronica Gonzalez, Creative Designer for The Creative Bar, “but I was lead designer on the Intense catalog this year and it took gold. I couldn’t ask for a better first experience.”

In total, The Creative Bar took home three gold and two silver awards—one for each of their submissions. This year boasted the highest amount of entries in American Advertising Awards history.

Justin Lawler, partner and Creative Director of The Creative Bar, said, “In a year that they’ve had the most entries ever, we received 3 gold awards—the most we’ve ever had at an ADDY event to date. I’m really proud of that. We received our highest marks, which says a lot about the progression of our work.”

Located in Southern California, The Creative Bar is a full-service design, marketing and branding firm specializing in company branding, marketing, print and web design for both national and international clients. Since 2007, The Creative Bar has won 49 National Design and Advertising Awards and hopes to reach 60 by the end of 2014.