In 2017 Budweiser deployed a Legends campaign centered around “Legendary Lagar for Legendary Moments”. The Campaign celebrated larger that life moments and personalities in their respected sports. Having previously released this campaign surrounding Baseball, Basketball and Hockey, Budweiser approached The Creative Bar to concentrate their creative efforts to develop how this campaign would work in the sport of Boxing, more specifically around Julio César Chávez. The Creative Bar presented their idea of “Legends are made one round at a time” and quickly created posters, barware and store displays featuring Julio César Chávez and a full 3D boxing ring, around the concept. 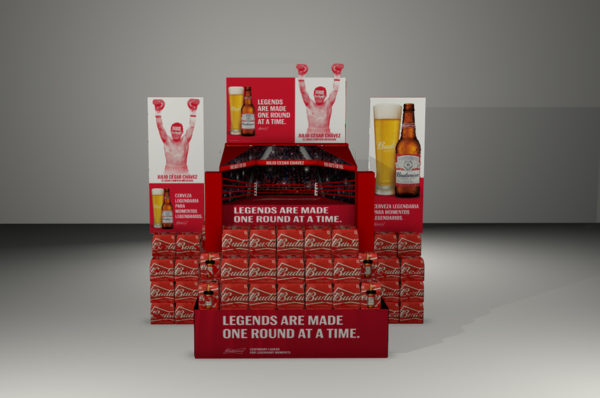 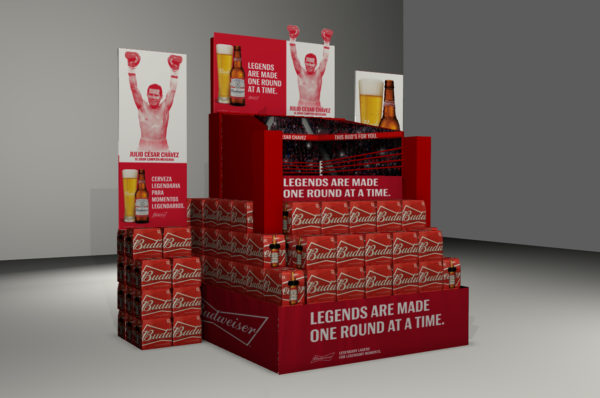 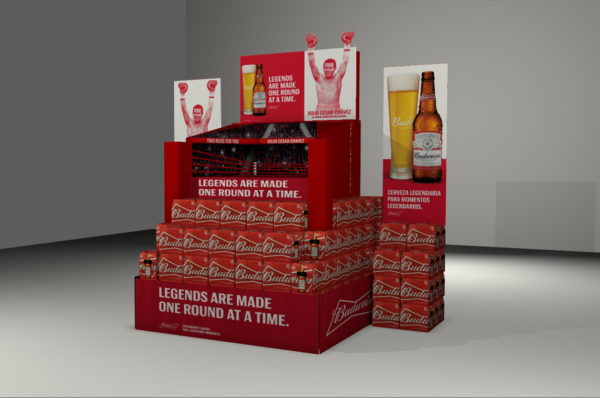 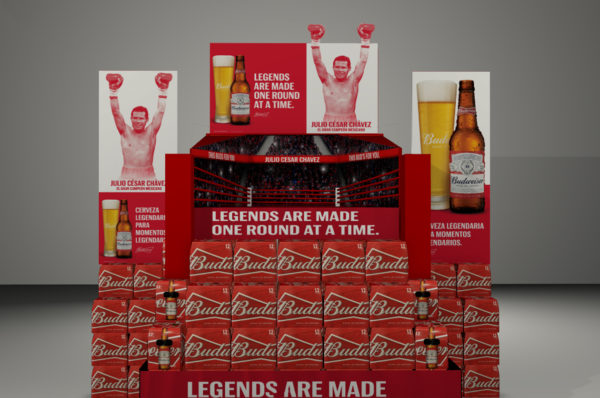 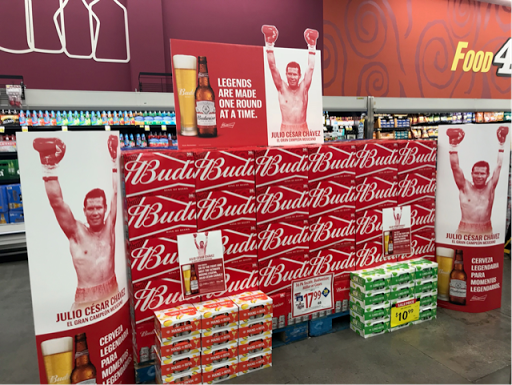