This year, The Creative Bar was challenged to come up with a concept to build on last year’s success. The overarching goal was to humanize this athlete in an organic way, to create fan support before the Joyride event itself, and to align Ryan’s fun and free-spirited attitude with the Haro MTB brand.

“Haro MTB’s Basecamp Chronicles: Ryan Nyquist Live at Joyride” was what was conceived as a result of this massive undertaking. A three part series, it allowed viewers access to behind-the-scenes interviews, practice runs and entertaining shenanigans as Ryan prepared for his day of competition. Each episode was filmed, edited, and distributed to industry media and Haro social media channels within 24 hours for each of the three days leading up to the competition. The series ultimately ended with Ryan taking a 3rd place podium spot, 2nd on the Crankworx tour overall, and becoming a new fan favorite on industry boards and websites. Links to the video series and industry comments are below: 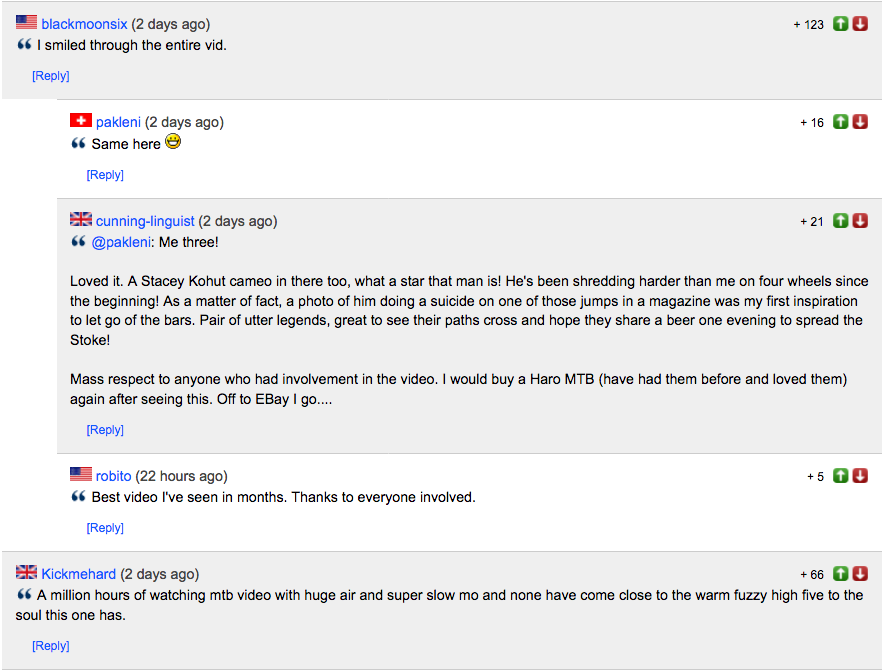 Think your company might benefit from highlighting an event, ambassador or product? Contact us for more information on how we can bring your brand to life through visual storytelling.