Intense Cycles has a long-standing history in the sport of mountain biking. But with downhill mountain bike frames ranging from $600-$10k, Intense Cycles’ target market has a more significant income and larger budget for recreational activities than many in of its competitors. In an industry cluttered with adrenaline-fueled youth, Intense hired The Creative Bar to rebrand the company with an image to match a higher-end consumer. Since beginning this process with The Creative Bar, Intense Cycles has seen a 40% increase in sales and has re-captured the attention of the entire industry.

The 2015 Catalog was the first sales piece generated since the company rebrand and needed to reflect the new premium look and feel of Intense Cycles. By utilizing a fresh minimalist approach and focusing on the beauty of the bike’s themselves, as well as artistically featuring sponsored riders and other stakeholders, The Creative Bar designed a catalog that was both eye catching and high-end.

This website overhaul took IntenseCycles.com from an average of 100-300 page loads per day, to a remarkable 7k-8k. Built on four unique WordPress themes, the new site for Intense Cycles offers its visitors a unique experience when visiting. From high resolution galleries, dynamic videos and a shopping cart to interactive blogs, this dynamic website offers the most for its viewers, while remaining simple enough on the back-end for Intense employees to update internally.

The Intense Cycles P.O.P displays were designed not only to feature Intense bikes and entice potential customers, but also to give customers a sense of what Intense is all about.

2013 // The IntensApalooza poster was designed to serve as marketing collateral, as well as a print piece to commemorate the annual IntensApalooza bike festival.

2014 // The Creative Bar was commissioned to design a poster for Intensapalooza, a three-day festival that Intense Cycles puts on for its bike owners, followers and fans. The poster was designed to serve as marketing collateral, as well as a print piece to commemorate the event.

The Creative Bar was hired by Intense Cycles to create a premium invitation package for their upcoming media launch. As an invitation is often a reflection of the event itself, Intense wanted something above and beyond the typical card and envelope setup. This invitation package included cushioned black packaging lined with red satin, a custom planner with an itinerary of events to come, and a simple but eye-catching invitation. 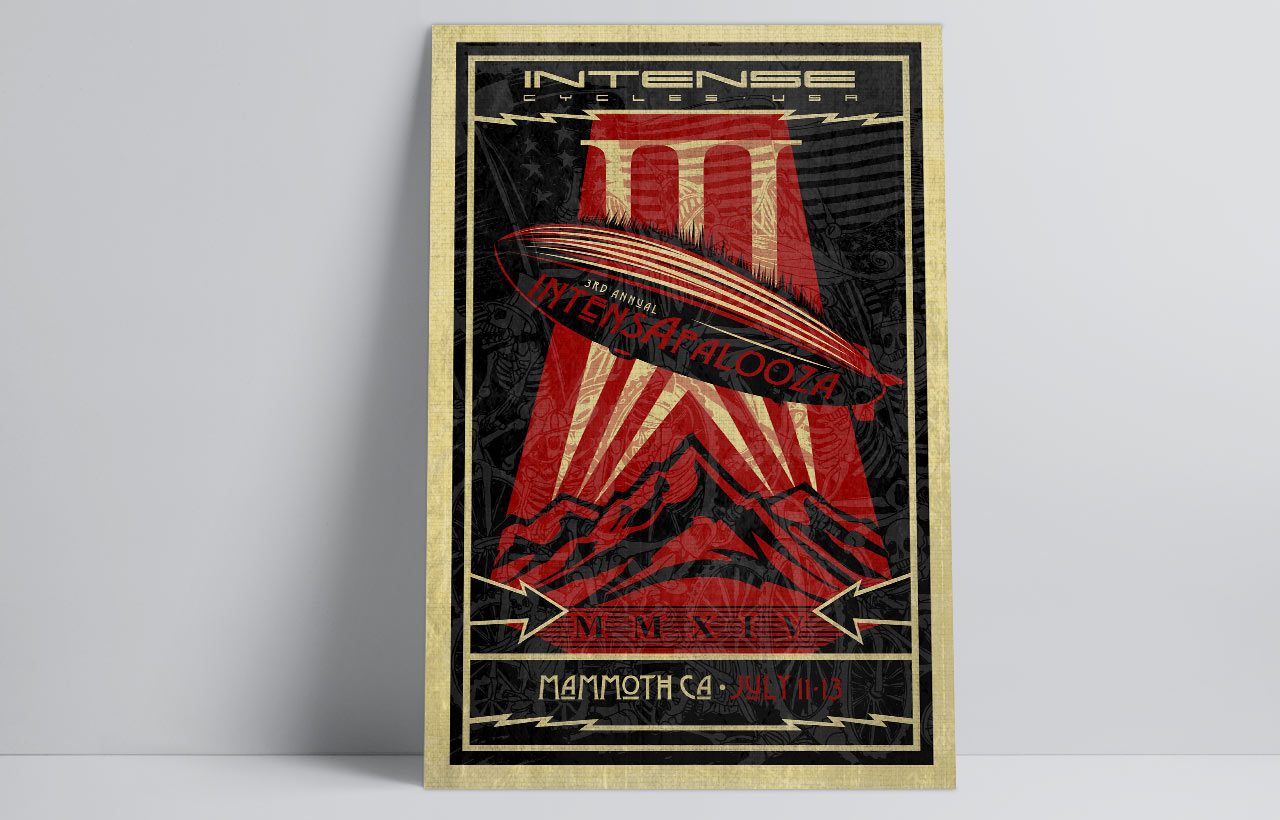 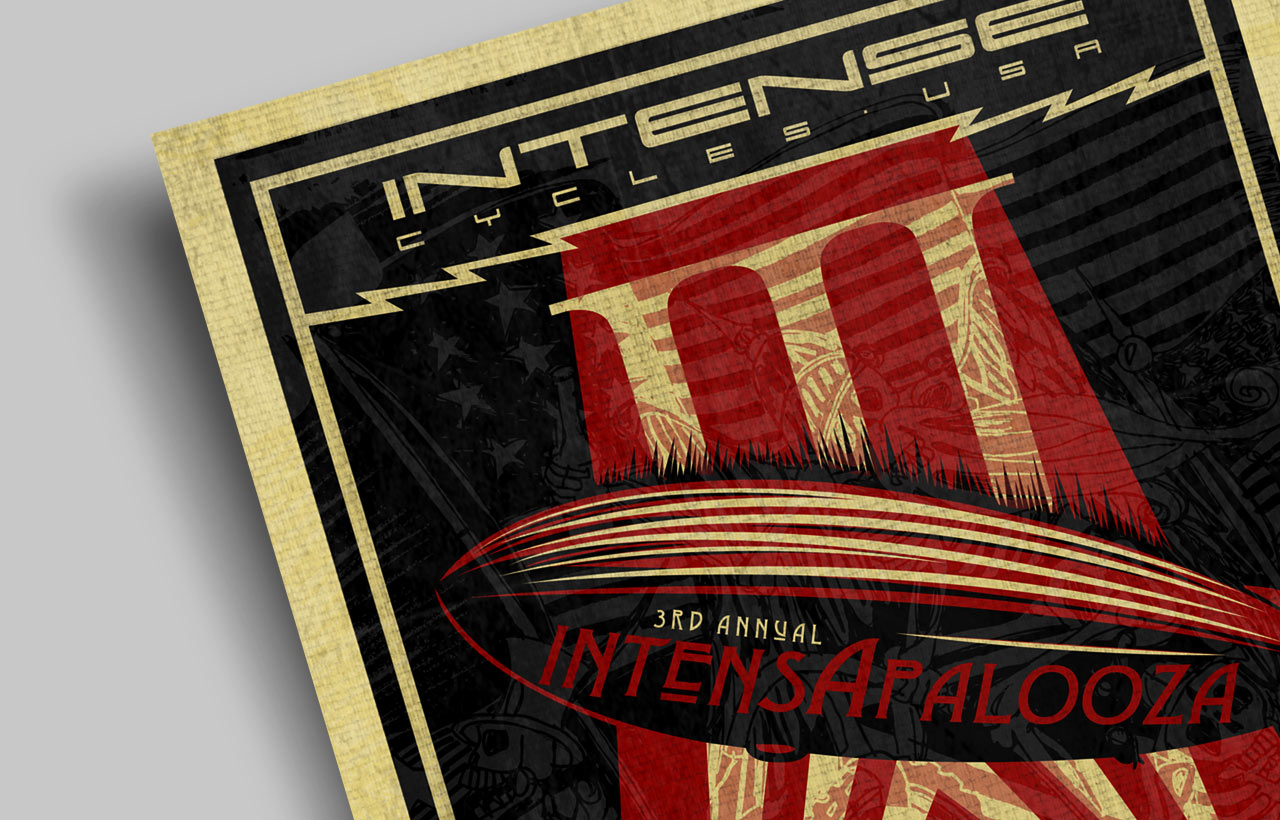 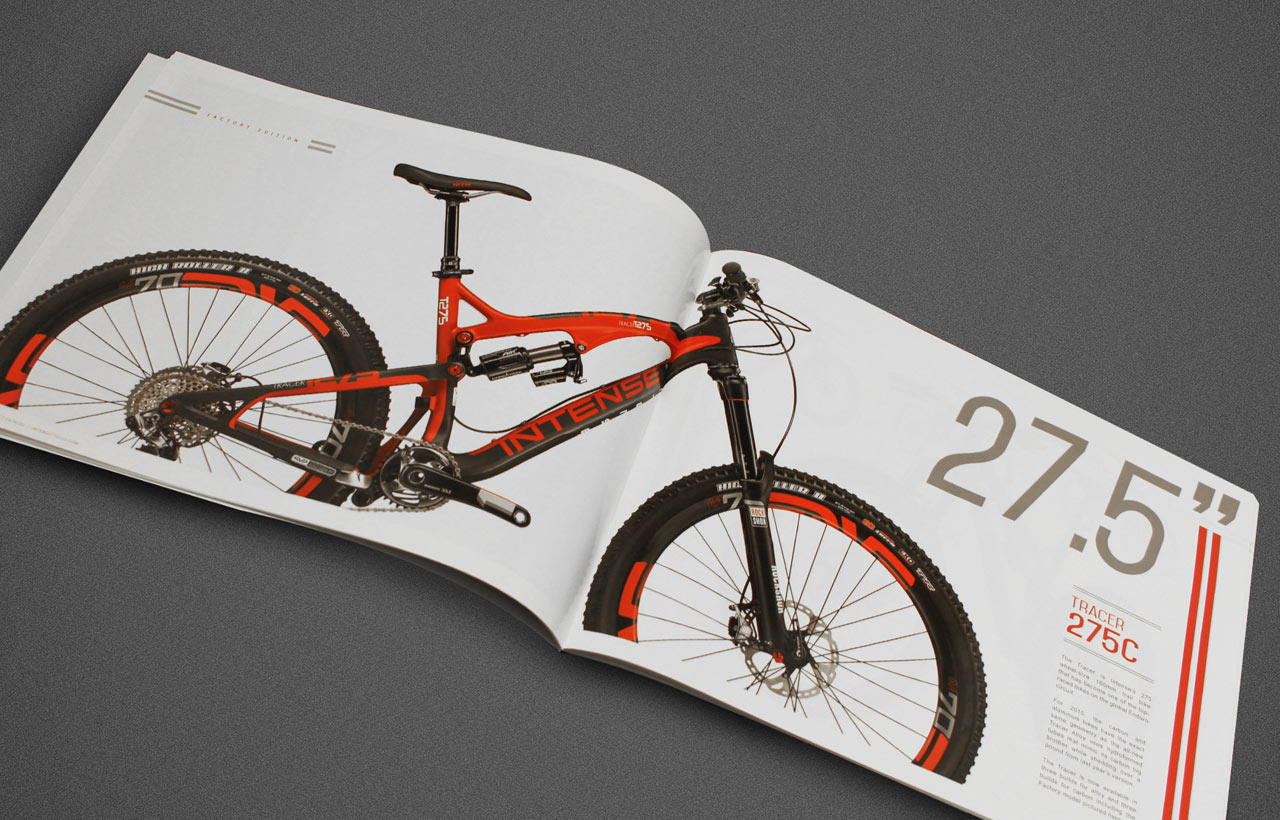 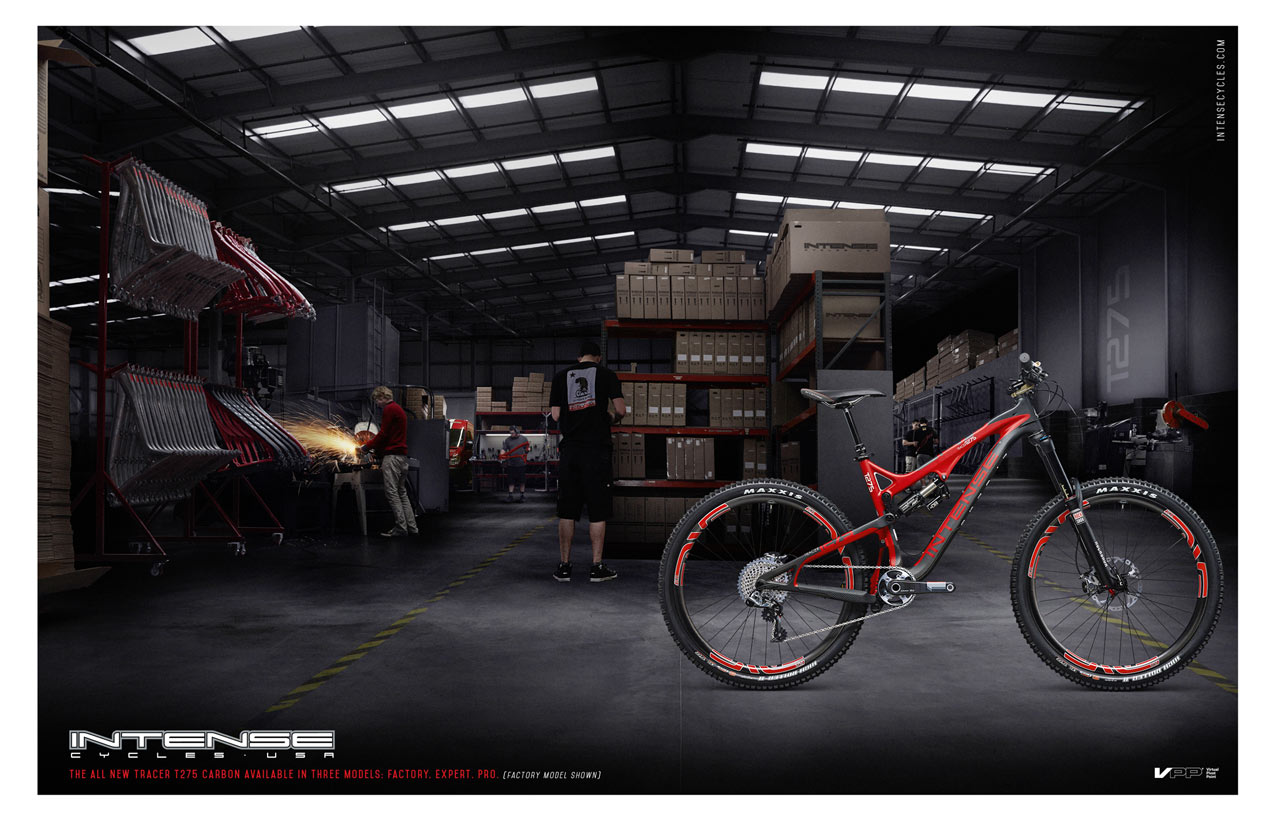 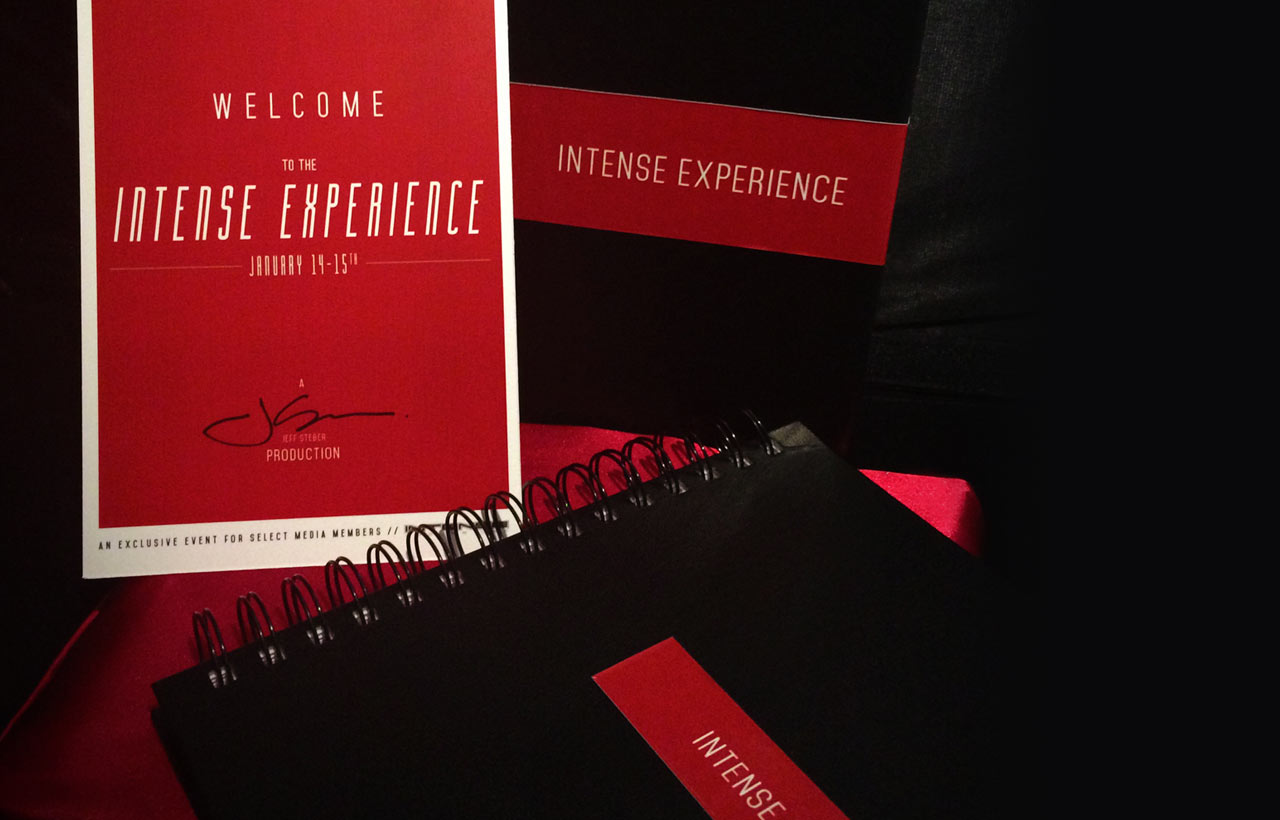 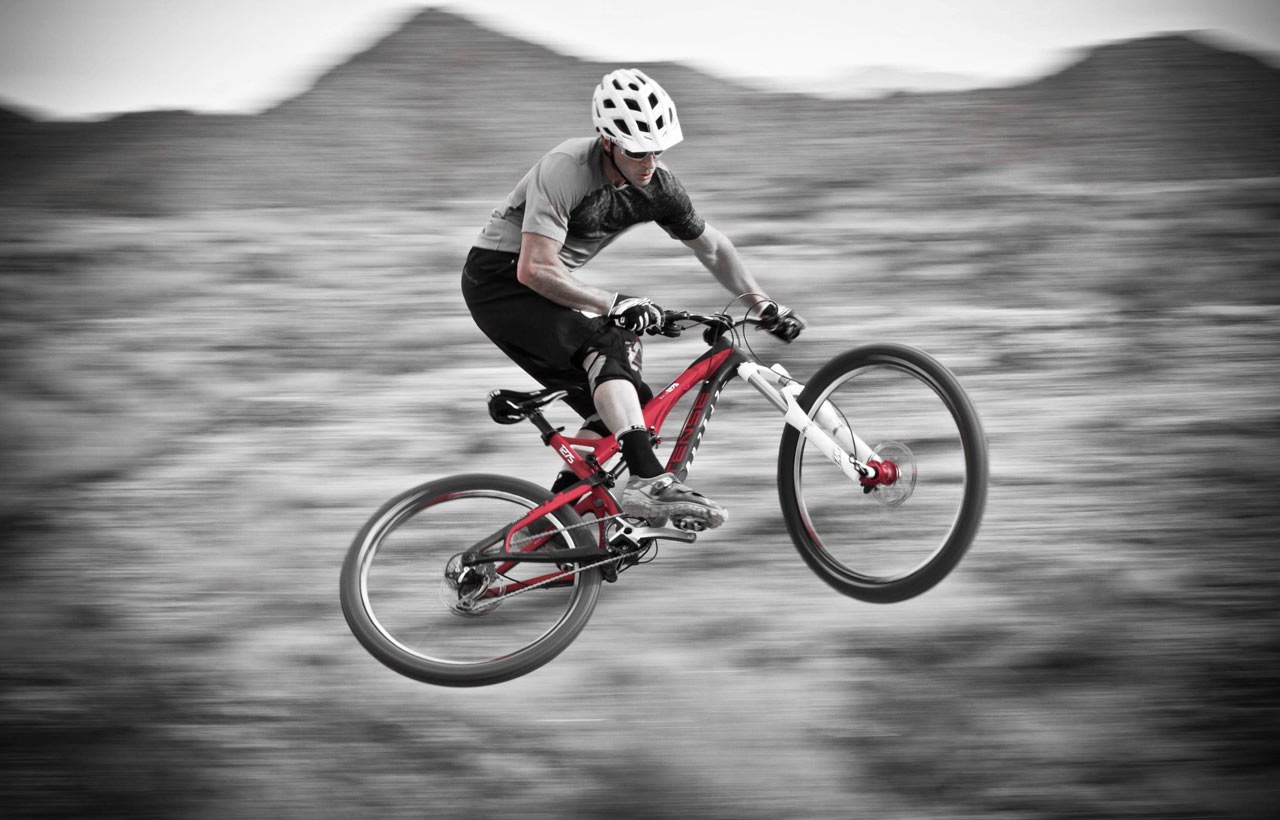 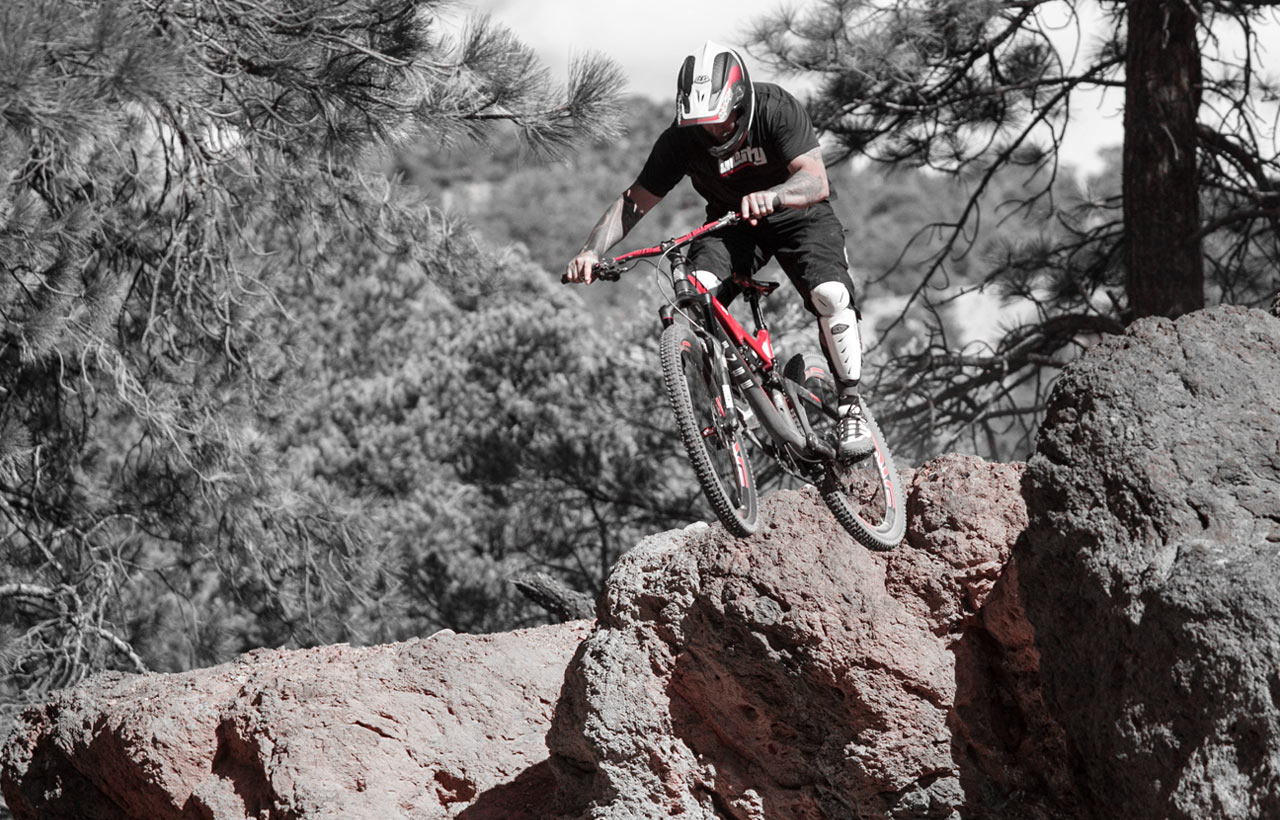 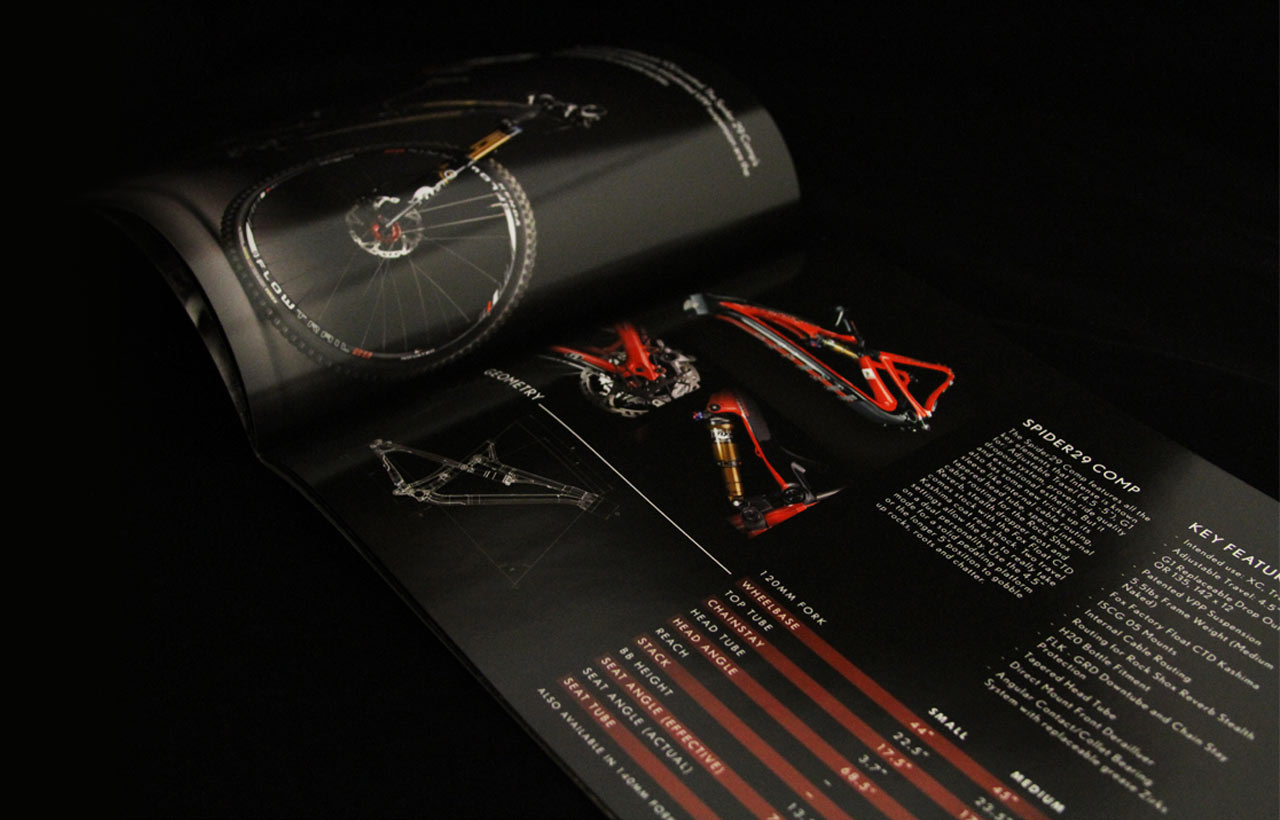 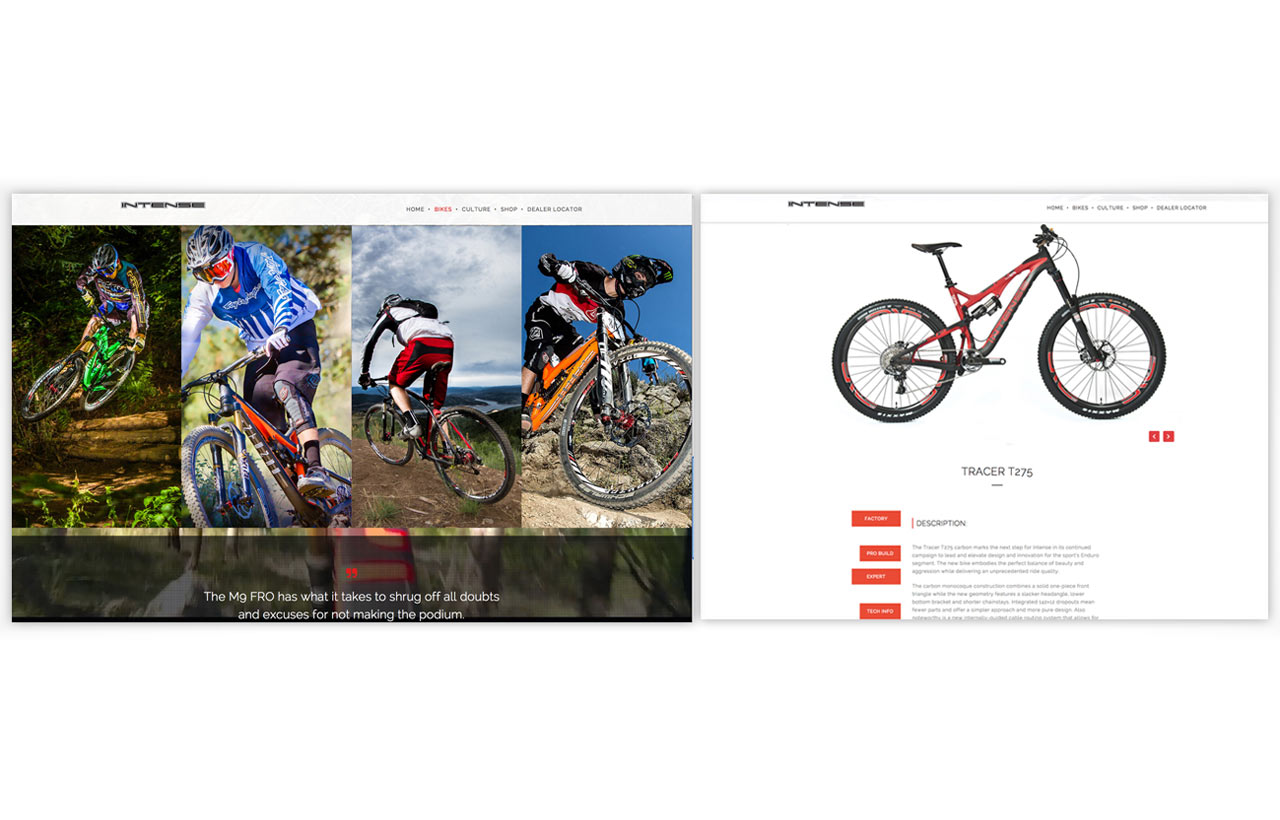 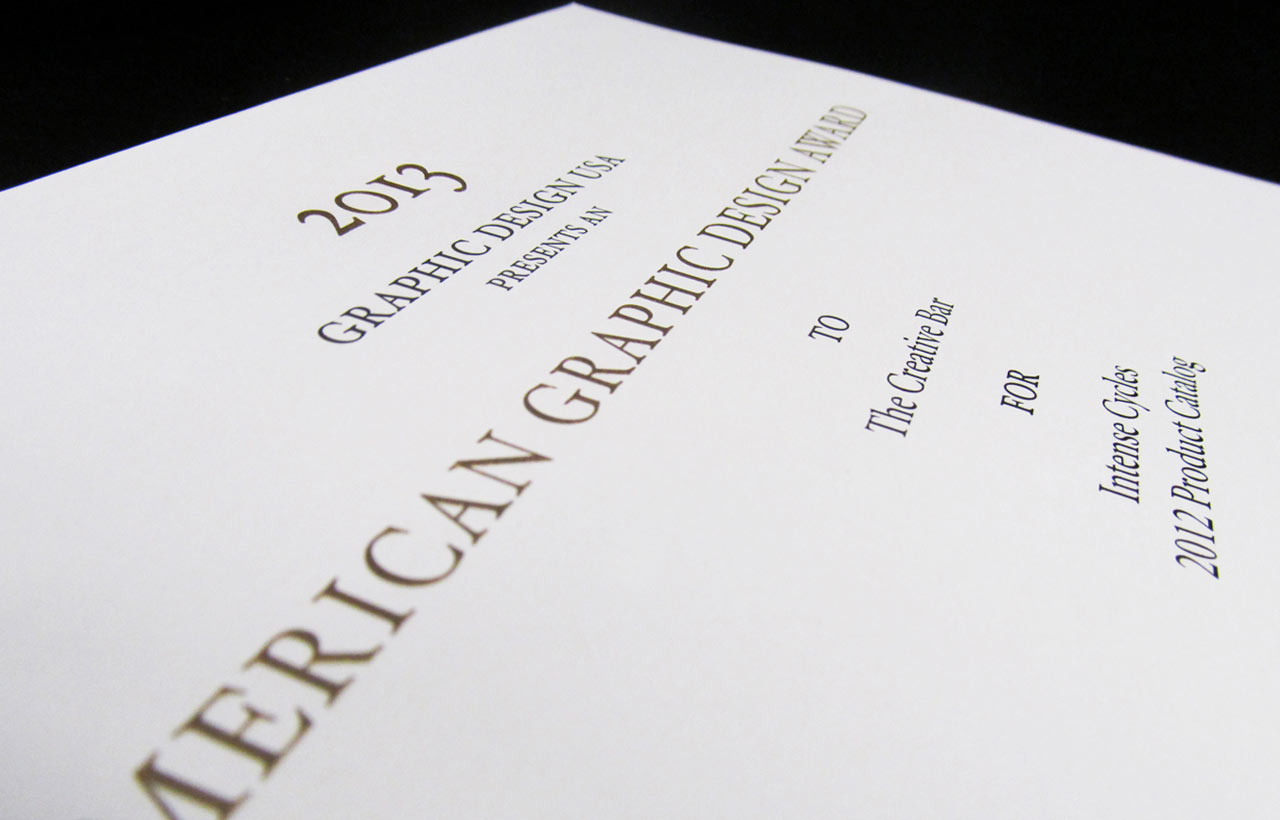