3 success stories amidst a pandemic 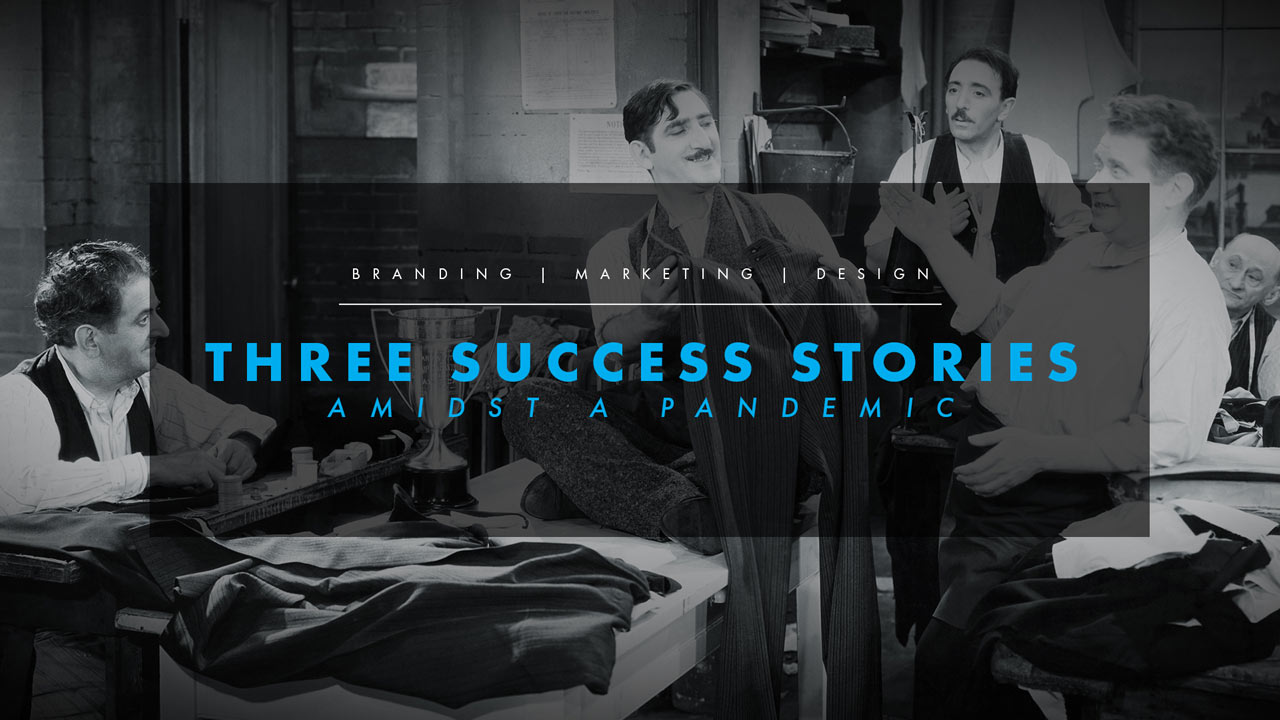 In the midst of a less than ideal situation, such as the one we are living through right now, it is nice to see businesses that have been able to make the most of it and thrive. The Creative Bar wants to share some of the stories that we found inspiring in order to serve as a reminder that every problem has a solution. We applaud brands who have taken this belief and put it into practice, changing the course of their business, their consumer loyalty and (most important) the course of the future.

Ben Goldberg, from the New York Food Truck Association, was planning for their busy season of the year where they help organize and bring food trucks to 50 events a month, when the COVID-19 pandemic hit and brought business to a screeching halt. 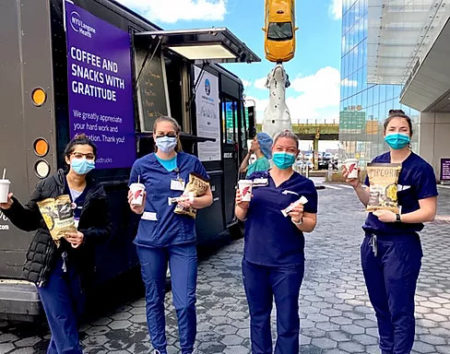 “All of our trucks were sitting idly by, so I went to go to talk to the hospitals. We found out that the hospital cafeterias were closing to limit their staff, so accessing food and beverages was becoming increasingly difficult for hospital workers. If you’re not able to get caffeine and food on a shift, with all the restaurants around you closed or only doing delivery, then it must be hard to get food before and after your shift as well. The last thing you want to think about after going through a grueling, 20-plus-hours shift is where you can get your next meal.” said Ben.

A lot of great companies have been donating pizza and other snacks, but they’re not individually packaged, which causes health concerns during a pandemic. Also, only staff is allowed inside the hospitals, so they had to dedicate their own resources to bring in these donations. That’s when Ben saw an opportunity and took action—they could help coordinate donations and distribute them from the truck.

They launched a Frontline Food Trucks program at two hospitals: NYU Langone in Manhattan and NYU Langone in Brooklyn. Having one truck per location, seven days a week from 6:30 a.m. to 7 p.m. Serving 2,000 snacks/meals per day per location. Creating a break for hospital workers to take their minds off the craziness going inside for a few minutes, and also help keep food trucks employed.

In just a short few weeks, they were contacted by 20 different hospital locations begging them to come to their hospitals.

They’ve committed to be at NYU Langone and other hospitals through the end of June—by then they’ll have served 250,000 meals. “Every day, we’re trying to find financial support so we can grow, and every day that goes by is a lost opportunity. We have the trucks, we have the need, and we have the food.” said Glodberg.

Mark O’Meara has endured blizzards, hurricanes and economic recessions. He’s managed to keep the lights on at University Mall and Cinema Arts, the two movie theaters he owns in Fairfax, Va. But for the first time in 29 years, he had to close his doors as the coronavirus pandemic continues to sweep through the country. 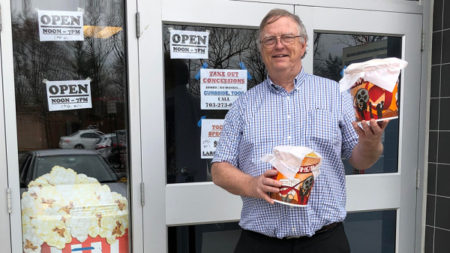 O’Meara wasn’t just distressed about having to shutter his multiplexes. He was uneasy about how his employees, most of whom are under 30, would stay afloat without a steady paycheck.
“I have a lot of kids working here that make a living on a shoestring, and I can’t pay that well, they can’t afford to lose more than one or two shifts a week, and I don’t know what to do,” Mark said.

Since he couldn’t sell movie tickets, O’Meara took inspiration from a nearby McDonald’s that was offering only takeout. Last Wednesday, he started to sell “curbside concessions” including large tubs of popcorn for $3. “We have a parking lot the width of a sidewalk and nobody else is open, so there’s plenty of space,” he said. “I’ll do what I can to get these kids paid.” On his first afternoon in business, O’Meara sold $25 worth of popcorn in 45 minutes. He is now averaging $300 to $400 a day in concession sales.

The concession stand sales might not be enough for O’Meara to cover overhead costs, but he’s already seen the impact it’s had on his staffers. “Someone got her paycheck,” O’Meara recalled last Wednesday, the afternoon his theaters shuttered. “I was watching her. She took out her calculator and she said, ‘Yes, I can pay the rent.’ That’s what it’s all about.” 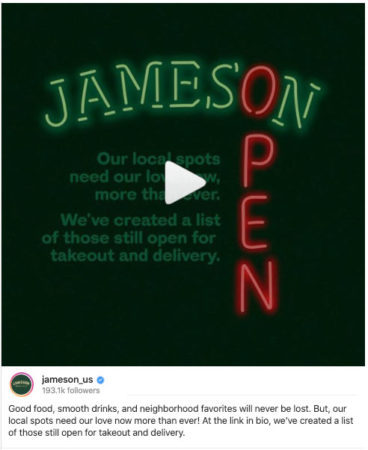 Many alcoholic beverage brands are taking swift action to help out bartenders who are currently out of work, creating campaigns that encourage consumers to “Tip Your Bartender.”Miller Lite tweeted a photo of an abandoned pub in support of their latest campaign “#VirtualTipJar,” which raises money for bartenders who have been put out of work. The tweet and the campaign have had a great response, resulting in over 3,100 donations to date.

Molson Coors, owner of Miller Lite, has pledged an additional $1 million as an estimated 241,000 US restaurants and bars have closed their doors as of this week.

Jameson was also looking out for affected bartenders by contributing $500,000 to the United States Bartender’s Guild. The Irish whiskey brand introduced the #LoveThyBartender campaign showing additional support for afflicted bartenders.

Never miss out on great branding, marketing, and design knowledge. It's a win-win, we won't ever abuse your trust and we will only deliver top-shelf content. Sign up below to learn, stay up to date, and connect with The Creative Bar.